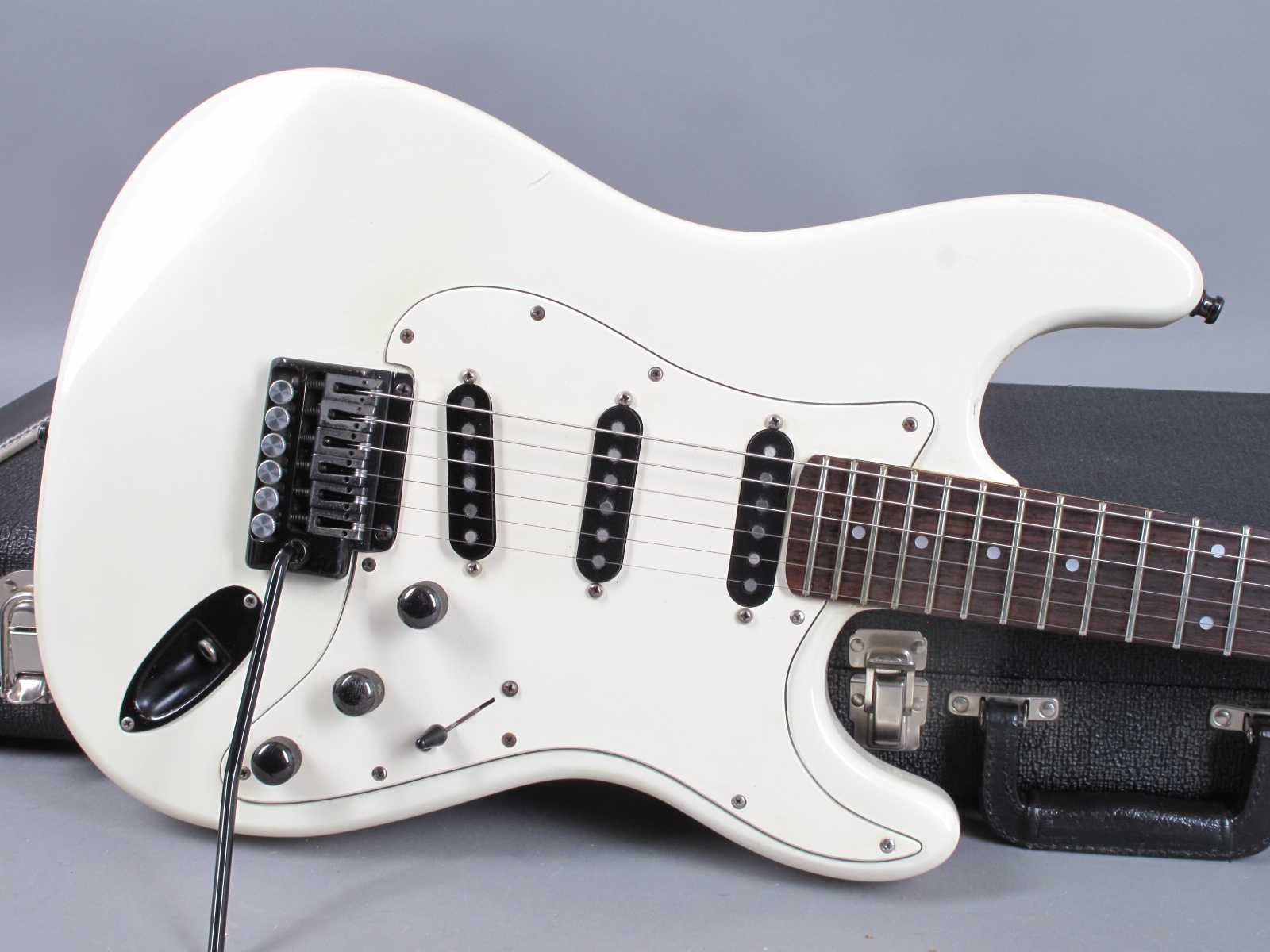 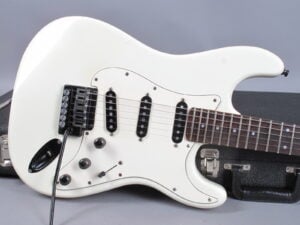 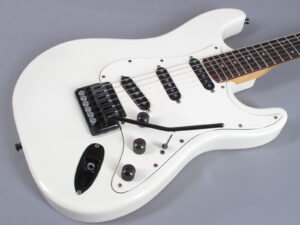 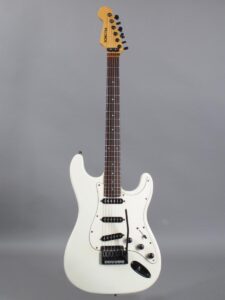 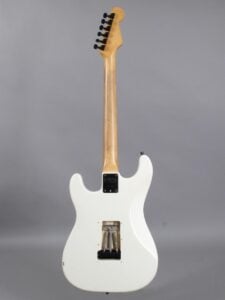 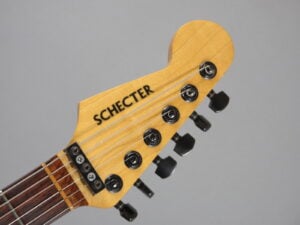 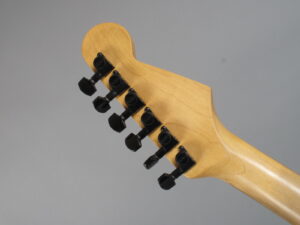 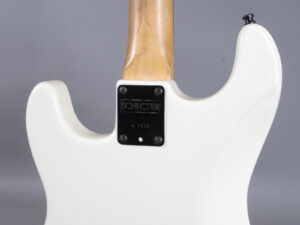 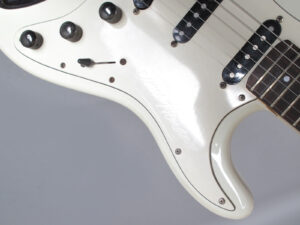 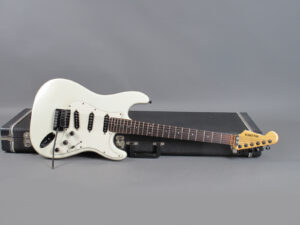 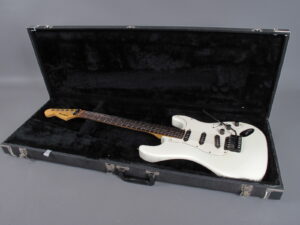 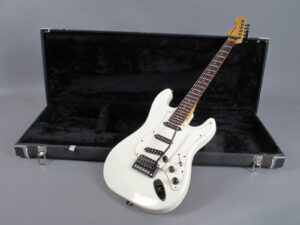 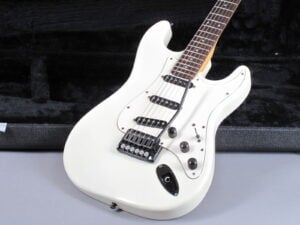 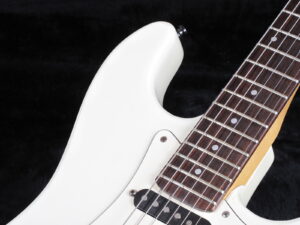 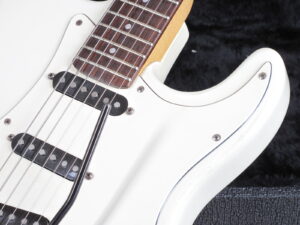 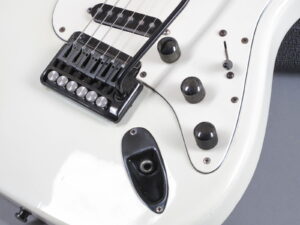 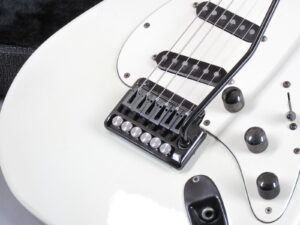 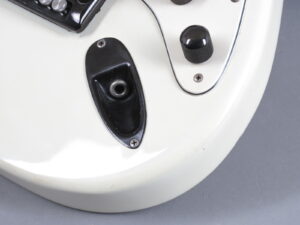 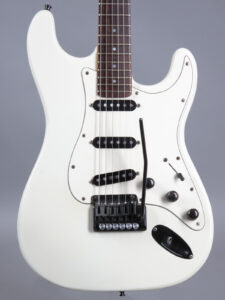 Ca. 1985 Schecter Jimi Hendrix Tribute model in excellent condition in White finish. The guitar has some minor play wear, especially on the back of the neck. Late 1985 Schecter released an official Jimi Hendrix tribute model based on his reverse Stratocaster that was also endorsed by Yngwie Malmsteen. This is one of approximately 100 made by Schecter in Dallas/USA. It features a reverse headstock, three Jimi Hendrix Signature reverse staggered single coils with reverse bridge pickup and a (hard to see) Jimi hendrix signature laser-graved into the pickguard. The tremolo is Schecter own "tremlok" system. The guitar has a unique tone with it#s reversed headstock and bridge pickup which gives it a bit more punch and less harshness. Comes in black hardcase. 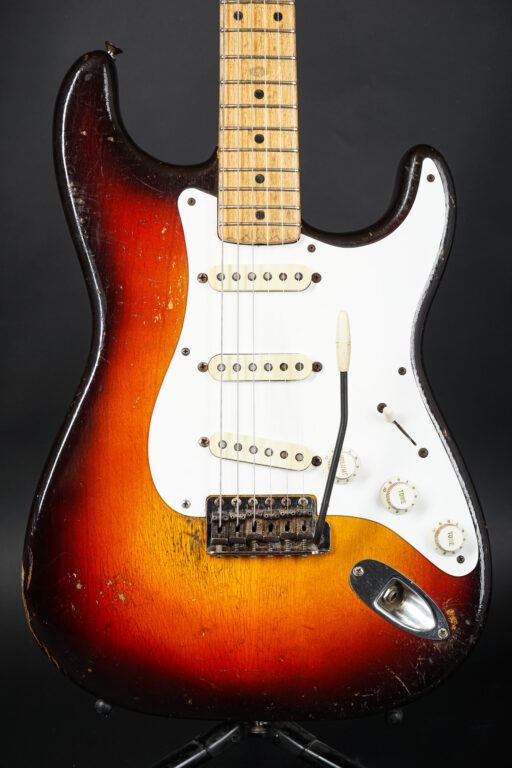 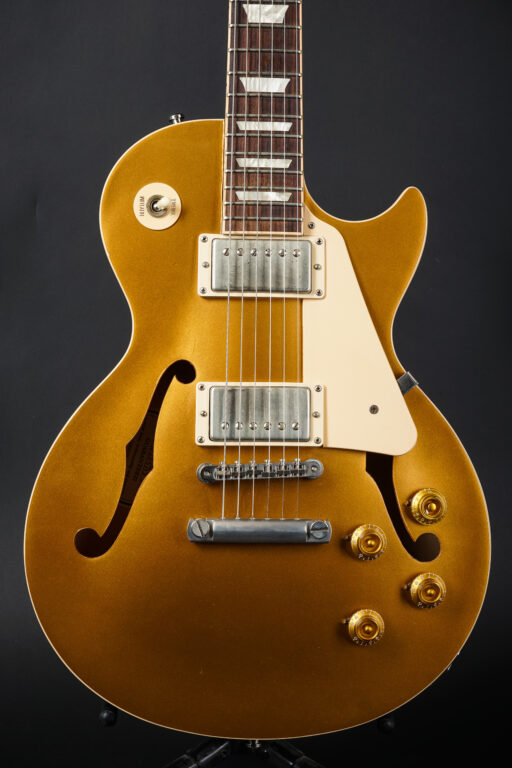